The Corporate Enforcement Authority: new corporate watchdog set to be created within months

This change is certainly welcome, but it should not be overstated. In spite of being branded a new ‘Irish FBI for white-collar crime’, the CEA is not being granted any powers additional to those currently available to the ODCE –at least, not yet. It remains to be seen whether a more transformative overhaul of the CEA’s powers will follow.

Currently the ODCE operates as an Office under the aegis of the Department of Enterprise, Trade and Employment. When the Bill is enacted, it will become a standalone body with a commission structure, similar to the Competition and Consumer Protection Commission. In place of the single Director of Corporate Enforcement, it will have up to three commissioners, to be known as ‘Members’, one of whom will act as Chairperson. Notably, the pre-legislative scrutiny report had recommended increasing this to a maximum of five Members to “future-proof” the CEA, but this has not been adopted in the Bill.

The purpose of the CEA’s new independent structure is to afford it greater autonomy and flexibility than its predecessor to respond to, among other things, the evolving challenges posed by the complex and resource-heavy investigations that it conducts. The CEA will be able to appoint its own staff and determine their grades, the numbers in each grade and the remuneration payable, subject to Ministerial consent. This is positive and should help to alleviate some of the budgetary and resourcing issues faced by the ODCE, which, despite being under-resourced, has in the past ended up with a significant surplus unspent from its budget.

The Department of Enterprise, Trade and Employment has approved the assignment of 14 additional civil servants to the CEA and the number of seconded Gardaí will rise from 7 to 16, resulting in an overall headcount increase of nearly 50%. Recruitment is already underway. Though significant in relative terms, this is nonetheless still quite modest in absolute terms in view of the scale of the CEA’s task. Even so, it is certainly a welcome development, which will increase the CEA’s capacity and allow for the recruitment of the specialist expertise which the ODCE has long sought.

But will it have greater teeth?

The Bill is a technical piece of legislation whose purpose is to effect the transfer of powers and functions to the CEA. It does not extend or materially alter the scope of these powers. The General Scheme of the Bill, which was published in 2018, in fact went further than the Bill does. It proposed two new investigative and prosecutorial tools to assist the CEA’s work, namely:

Neither of these proposed changes have made it into the Bill.

In addition, the Bill does not address a number of recommendations of the Hamilton Review Group which would assist the CEA, for example, in respect of surveillance powers, search warrants, compelling the provision of passwords and allowing non-Garda personnel to attend at suspect interviews. These matters are to be addressed separately under the Hamilton Review Group Implementation Plan, which was published by the Department of Justice in April.

The Government’s approach appears to be to get the CEA up and running in the first instance, with an enhanced suite of powers to follow at a later date. This may have merit because some elements of the Implementation Plan may take some time to work through, given not least the impact of some of the proposed measures on suspects’ rights. But this staggered approach runs the risk that certain of the aspirations may not materialise and that the promised reform of the ODCE could end up being less ambitious than hoped and largely confined to resourcing matters.

However, the current Government does appear to be bringing greater impetus to the fight against white-collar crime. It is hoped that this will lead to more substantive changes and a more modern and flexible toolkit for the CEA. 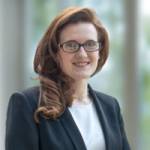