“A good example of how the Department has already altered its approach to acting on frontline intelligence is by making staff feedback loops an integral part of the design process, which uses an iterative and participative process to bring frontline experience to the heart of design activity.”

What on earth does this mean? Most of us would have to read this gobbledygook several times to work out the message. But how many readers would care enough to struggle through such a mess of jargon, buzz words and official-ese? One way to help people to read and understand your written communications is to use plain English.

What is plain English?

A document is in plain English if its intended readers can easily read, understand and use the information.

Plain English will become compulsory in the public sector when new legislation is passed later this year. The Plain Language Bill 2019 aims to ensure all written communications from the public sector use plain language.  It will cover all new documents – from forms and emails to websites and reports – and also require that any updated materials are re-written in plain language.

Why use plain English?

Everyone benefits from plain English. The new legislation will help the 18% of people in Ireland with literacy issues to access services – and the growing numbers of people who don’t have English as their first language.  In addition, research shows that higher educated people prefer plain English – possibly because it’s quicker to scan and read.

Can plain English help organisations to save time and money?

Because people can understand plain English the first time they read it, it saves them time – and helps them to make better informed decisions (and they will make fewer mistakes when dealing with the information). This saves organisations time and money because staff will receive fewer calls to the help desk, have to deal with fewer incorrect forms, get a better response to letters and emails, and so on.

The UK government saved about £9 million by rewriting forms
During a programme in the 1980s to improve communications, the Civil Service re-wrote over 21,000 forms. Examples of savings include:

The Royal Mail in the UK saved £500,000 in 9 months
An unclear ‘Redirection of mail’ form had an error rate of 87% and cost the Royal Mail over £10,000 a week in dealing with complaints and reprocessing incorrect forms. After it was rewritten, the error rate dropped significantly – and the Royal Mail saved a huge amount of staff time.

Source for case studies: Writing for Dollars, Writing to Please – The Case for Plain Language in Business, Government and Law by Joseph Kimble (Carolina Academic Press) 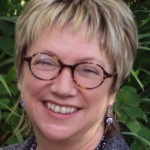 Sarah Marriott is a highly experienced trainer and former journalist who specialises in delivering Writing Skills courses for the public and private sectors. Sarah has worked as a feature writer and sub-editor at The Irish Times. She has also been involved in training Irish Times editorial staff. She is a former lecturer on the MA in Journalism at Dublin Institute of Technology and is author of Common Errors in Written English.

On Wednesday 15 May, Sarah Marriott will lead a Plain English workshop. Click here for more information or to book.