Irish Budget has been approved by the European Commission 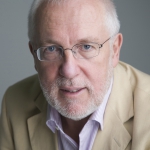 Irish Budget has been approved by the European Commission

The European Commission has given its approval of Ireland’s draft budget 2016. This approval was issued as part of the Commission Opinion on the draft budgets of EU Member States in the Euro zone on 17 November. It is under such Opinions that the Commission assesses the compliance of the Draft Budgetary Plans for the following year with the provisions of the Stability and Growth Pact (SGP).

While the Euro zone is comprised of 19 of the 28 EU Member States, the European Commission only gave an opinion on the draft budgets of 15 of those Member States on 17 November. The difference is explained by the fact that :

The Commission didn’t find that any of the draft budgetary plans for 2016 were seriously non-compliant under the provisions of the Stability and Growth Pact (SGP). However, in several cases, the Commission did find that the planned fiscal adjustments fell short, or risked doing so, of what is required by the SGP.

Twelve Member States in the Euro zone area were deemed to have submitted draft budgetary plans that were ‘compliant’ or ‘broadly compliant’. For three countries, Austria, Italy and Lithuania, the Commission Opinion stated that the draft budget plans are at risk of non-compliance with the requirements for 2016 under the Stability and Growth Pact (SGP). In the case of Spain, the Commission Opinion stated that draft budgetary plan

“…contains risks for its compliance with the EDP

[Excessive Deficit Procedure] requirements: neither the recommended fiscal effort nor the headline deficit target for 2016 is forecast to be achieved”.

The Commission approved Ireland’s Draft Budget 2016. Specifically, with the statement that it

“… is of the opinion that the Draft Budgetary Plan of Ireland, which is currently under the corrective arm and could become subject to the preventive arm from 2016 in case a timely and a sustainable correction of the excessive deficit is achieved, is broadly compliant with the provisions of the Stability and Growth Pact”.

It might be useful to do some decoding of the foregoing statement. First, Ireland could have achieved a better approval rating if the Commission had concluded that Ireland was “compliant” rather than “broadly compliant”. Second, the Opinion points out that Ireland might next year be assessed under a different set of rules – moving from ‘the corrective arm’ to ‘the preventive arm’. That transition requires a timely and a sustainable correction of the excessive deficit to be achieved. Box 2 provides a simple explanation of the difference between the corrective arm and the preventive arm of the Stability and Growth Pact.

The Commission Opinion includes some additional interesting observations on the Irish economy. According to the Commission forecasts, there is a risk of some deviation from the expenditure benchmark in 2016. Moreover, the Commission noted that the extra government spending announced for the last three months of 2015 came at a time when the Irish economy is already growing at exceptionally strong rates. The Commission therefore recalled some earlier guidance it had given Ireland to use windfalls to accelerate debt reduction and invites the authorities to take the necessary measures within the national budgetary process to ensure that the 2016 budget will be compliant with the current rules.