Editing is an essential skill for anyone who writes at work. Becoming aware of common errors can help you to spot potential problems more quickly, which will speed up the editing stage.

Example: ‘One in five teenagers smoke cannabis’ is incorrect because the person doing the smoking is ‘one teenager’ not five. So the correct version is ‘One teenager in five smokes cannabis’

Some people use too few; others use too many. The simplest test for where to put a comma is to read aloud and notice where you pause for breath inside a sentence. That pause is probably where a comma is needed. If you have a sentence with more than two commas (and it’s not a list), check it’s clear and not too long. 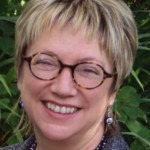 Sarah Marriott is a highly experienced trainer and former journalist who specialises in delivering Writing Skills courses for the public and private sectors.Sarah has worked as a feature writer and sub-editor at The Irish Times. She has also been involved in training Irish Times editorial staff. She is a former lecturer on the MA in Journalism at Dublin Institute of Technology and is author of Common Errors in Written English.

Sarah Marriott will deliver a seminar on Editing Skills at PAI on Wednesday 5 December, click here for more information.