This event has passed.

In addition, the Act obliges FOI bodies to publish information about themselves, the information they hold, and the internal guidelines and precedents they use in decision-making, as well as proactively publishing information of relevance or interest to the public which would routinely be accessible by way of FOI request. The Act further obliges FOI bodies to familiarise themselves with, and have regard to, the Code of Practice for FOI which has been drawn up by the Minister for Public Enterprise and Reform.

This course provides an introduction to, and grounding in, the main aspects of the legislation as well as the grounds for non-disclosure. As well as sharing an FOI body practitioner’s experience, it will include a case study in how to apply the Act in a practical context, and take a look at the role of the Information Commissioner and the courts on appeal. It is designed to be a practical and focused course for any public servant involved in the provision of information to the public.

Following the successful completion of the course, delegates will have acquired a knowledge and developed skills and techniques which will give them the ability to perform better in this complex and demanding role.

On completion of the course participants will know:

The course is suitable for information and records management staff in the public sector including the civil service, bodies and agencies, local authorities, further and higher educational establishments, emergency services, defence forces, the health sector and non-governmental organisations

This course is accredited by the Institute of Commercial Management (ICM). Attendees will receive an ICM Continuing Professional Development (CPD) Training Award on successful completion of the course including a single assessment after the taught aspect of the course has ended.

Niall Michel has industry-leading experience and expertise in both advisory and contentious matters.

Niall’s focus is on procedural and other jurisdictional issues, statutory interpretation and drafting, public sector Corporate Governance, Freedom of Information (“FOI”), investigations and inquiries, judicial review and statutory appeals, and contentious public procurement. Niall is a litigation partner on the Mason Hayes & Curran’s Public and Administrative Law team. Niall is an acknowledged expert in FOI, and in information management and disclosure matters generally. 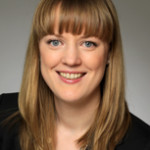 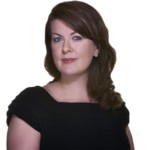 Claire Hogan is a barrister with a mixed Civil and Public Law practice.

She graduated from Trinity College Dublin with a degree in Law and French, and was elected a Trinity Scholar in her Senior Freshman year. She went on to attain a Master’s Degree in Law (LL.M.) from the University of Cambridge, for which she was awarded a Cambridge University European Trust Scholarship. In 2009, Claire qualified as a barrister with the highest overall degree mark and became a John Brooke Scholar of the Honorable Society of King’s Inns. Claire returned to the Law School in Trinity College Dublin to complete a Ph.D. on the theme of constitutional freedom of religion.

All of our open programmes can also be run on an in-house basis. For more information, see our page on In-House Training.